Sydney to Get Australia's Biggest Brothel 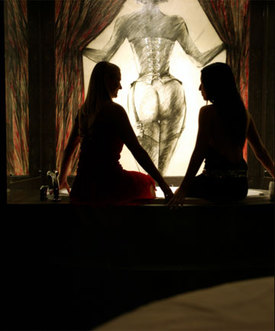 Sydney is poised to get Australia's biggest brothel, including a wing with two king-sized beds and a pool table in each room for group bookings, a report said Tuesday.

A development application has been lodged for a Aus$12 million (US$12.7 million) extension to the Stiletto brothel, which proposes doubling its size to 40 working rooms and 21 waiting rooms, the Sydney Morning Herald said.

"Yes, we think it will be the biggest brothel in the country once the extensions are completed," Michael O'Brien, of Artazan, the company managing the project, told the newspaper.

"It's a mixture of clientele: suits, accountants, lawyers, as well as a lot of top-end celebrities such as movie stars, sports people and rock bands."

A former consultant to the legal brothel industry, Chris Seage, said he had been in a lot of brothels but was unaware of a multi-bed trend.

"It sounds like it's a facility for friends to go along in groups and book the room for a couple of hours, have a few drinks, play pool and do the deed."

Prostitution in Australia is governed by state and territory laws with some parts of the country, including New South Wales, allowing legal brothels while in other areas, such as the Northern Territory, they are illegal.