Filmmaker Cameron to Return to Pandora with "Avatar" 2 and 3 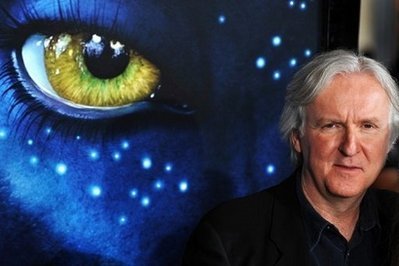 Canadian filmmaker James Cameron will write and direct the second and third parts of the sci-fi movie "Avatar" for release in 2014 and 2015, the entertainment magazine Variety said Wednesday.

Executives at 20th Century Fox confirmed to the publication that they had reached an agreement with Cameron to make the sequels to "Avatar," the biggest box office hit in contemporary movie history, with 2.8 billion dollars in sales since its opening in December 2009.

Cameron and Fox studio, which will begin production of the movies at the end of 2011, plan to release the second installment in December 2014, and the third a year later.

Cameron, the creator of the 1997 blockbuster "Titanic," redefined the art of special effects with "Avatar," which took more than a decade to produce because of the advances in technology required to realize his vision.

Set in the year 2154, "Avatar" tells the story of Jake Sully (Sam Worthington), a paraplegic ex-marine who is sent to live among the Na'Vi, a race of blue humanoids who live in the exotic lunar planet, Pandora.

When Sully falls in love with a Na'Vi he rebels against the power-hungry humans who have sent him to save their own species, marooned on a contaminated planet. The popular film was criticized by some conservatives in the United States for its environmentalist and anti-imperialist themes.(AFP)