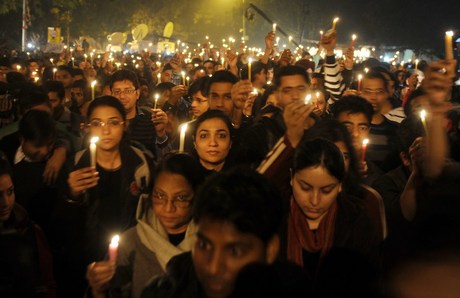 India's Supreme Court on Tuesday postponed a ruling on whether the trial of five suspects for the fatal gang-rape of a student on a New Delhi bus should be moved out of the capital, officials said.

Defence lawyer M.L. Sharma filed a petition on behalf of his client Mukesh Singh seeking the transfer of the case to ensure a fair trial.

A ruling had been expected on Tuesday.

Sharma said a "ruckus" caused by other lawyers in the court had led the three-judge bench in the Supreme Court hearing the petition to delay the start of proceedings until Wednesday.

Court officials attributed the delay to technical problems and said the hearing would resume at 11:00 am (0530 GMT) on Wednesday.

The five suspects, whose trial started on Monday, face murder, rape, robbery, kidnapping and other charges, with prosecutors seeking the death penalty. A sixth suspect is being tried in a juvenile court.

The December 16 assault ignited street protests across India, particularly in New Delhi which has been dubbed the country's "rape capital" over the high incidence of such attacks.

Though gang-rapes and sexual harassment are commonplace in India, the case has touched a nerve, leading to an outpouring of criticism about the treatment of women in India.