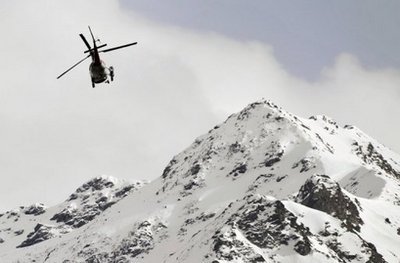 A flowering plant has been found at an altitude of above 4,505 metres (14,780 feet) on the central Swiss alps -- a European record, Basel University said Tuesday.

"It is almost a miracle, but at 4,505 metres, at 40 metres below the Dom peak in the canton of Valais, the ... Saxifraga oppositifolia has been recently discovered," said the university in a statement.

"It is the highest elevation flowering plant that has ever been documented in Europe, and the location is probably the coldest point in the world where a flowering plant has been found," it added.

The plant, also known as the purple mountain saxifrage, is common in mountainous areas.

But it was found for the first time at such high altitude between solid rock by botanist Christian Koerner.

In summer temperatures reach a maximum of 18.1 degrees Celsius.