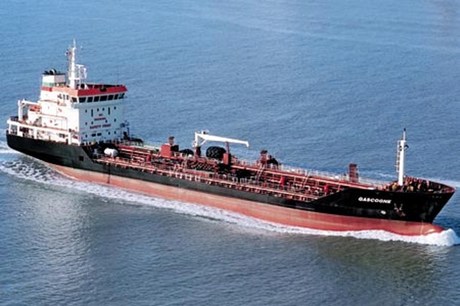 A French tanker has been hijacked off Ivory Coast, port authority officials in the economic capital Abidjan confirmed Monday, after a report that the vessel had been seized by pirates.

"The boat was hijacked in international waters," Alexis Guie, in charge of communication at the port, told Agence France Presse. The International Maritime Bureau earlier said that a French tanker disappeared at the weekend off the west African country, apparently in an act of piracy.

The French government has said that those aboard the ship, which was sailing under a Luxembourg flag, comprised a crew of 19 Togolese sailors.

The Luxembourg government said it had been informed of the incident on the tanker ship Gascogne by the French group Sea-Tankers, owners of the vessel.

"When a boat is hijacked more than 300 kilometers (185 miles) from the Ivorian coast, that can't be in our waters," Guie said, adding that Ivorian authorities had "no information" about the incident.

The owners of the tanker lost communication with the ship on Sunday, Noel Choong, head of the IMB's Kuala Lumpur-based piracy reporting centre told AFP.

"The missing tanker is suspected (to have been) hijacked by pirates," he said, adding the maritime watchdog had issued a warning to ships.

"It appears pirates are moving towards the Ivory Coast because Nigeria and Benin have increased patrols in the Gulf of Guinea," said Choong, who declined to elaborate on the incident.

He expressed concern over a recent spate of incidents in the area, revealing two other attacks on merchant ships in recent days, one of which left a seafarer with gunshot wounds.

Choong said a suspected pirate mother ship was sighted during an attack off Nigeria on January 31.

With five incidents recorded so far this year, Choong said attacks in the area "are happening more frequently than before."

The Gulf, which includes waters off Nigeria, Africa's largest oil producer, has emerged as a new piracy hotspot, with 62 attacks recorded in 2012, including hijackings, kidnappings and killings.

Pirates usually target fuel cargo, loading it onto other ships to sell on the lucrative black market, rather than seeking a ransom to release ships.