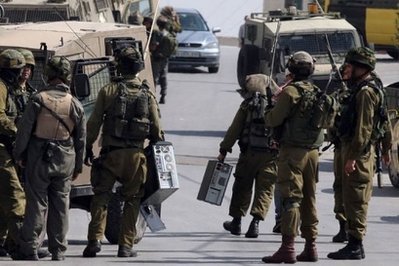 Israeli political and military leaders should be able to face charges in the event of alleged war crimes committed by soldiers, a commission of inquiry recommended in a report submitted on Wednesday.

"The law should lay out that commanders and their civilian superiors face direct criminal responsibility for crimes committed by their subordinates, or if they did not take all reasonable measures to prevent such crimes or bring the perpetrators to justice," said the report presented to Prime Minister Benjamin Netanyahu.

The government set up the commission in July 2010 to decide on the legality of an Israeli raid on a Turkish-flagged ship in a flotilla aiming to break the Jewish state's Gaza blockade that left nine Turkish activists dead on May 31, 2010.

Commission member Moshe Gottlieb told public radio that a vote on "such a law would allow Israel to assert... that it has legislation allowing senior political and military leaders to be investigated and prosecuted."

"The government will determine its position on the recommendations of the commission," Netanyahu said in a statement, without specifying a date.

The premier added that the authorities had been "forced to deal with terrorist organizations that crudely violate international law and commit war crimes."

Israeli rights group B'Tselem, in a statement on its website, welcomed the commission's recommendations and called on the government to ensure its "full and prompt implementation."

It noted in particular "the commission’s declaration that the duty to investigate alleged violations of the laws of war is applicable even during combat situations."

In January 2011, the commission issued the first part of its report, which found that the Israeli naval blockade of the Gaza Strip and the boarding of the pro-Palestinian flotilla was legal under international law.