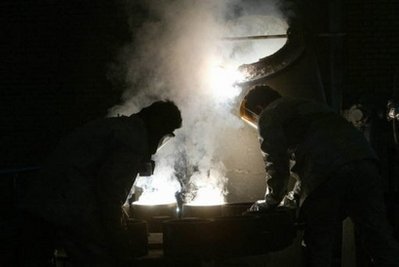 EU chief diplomat Catherine Ashton said on Friday that Iran had accepted the principle of re-starting talks on its disputed nuclear drive "after" November 10.

Iran's negotiator with the West, Saeed Jalili, "is willing to agree a date and a time after the 10th of November to begin the dialogue," Ashton said on her arrival at a European Union summit in Brussels.

Jalili "wants to agree a time and place," she said, noting that she had received a letter from Jalili on Friday morning.

"I think it's a significant move and we're now in touch with Iran to see if we can agree the time and the place which is possible."

The United States warned Thursday that Iran's continued uranium enrichment meant that any new offer by world powers on its nuclear programme would be more burdensome than one it had already rejected.

Ashton, who represents world powers in the nuclear dialogue with Iran, has proposed a meeting in Vienna in mid-November.(AFP)