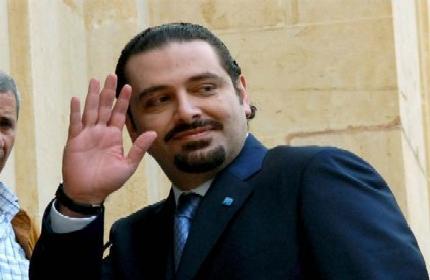 Prime Minister Saad Hariri on Friday stressed that "Lebanon will not fall into discord or into the absence of dialogue, or into (the dominance of) one opinion."

"Lebanon will not fall out of its democratic, Arab and free identity. Lebanon will always remain a sanctuary for coexistence and total parity between Muslims and Christians," Hariri said in a speech he delivered at a ceremony organized by the Suleiman Olayan School of Business, at the American University of Beirut, on the occasion of its tenth anniversary.

"We are responsible for protecting this model and its stability, and you will never hear from us one word or see one move against this direction," Hariri added.

The premier vowed to remain attached to Lebanon "as a country of dialogue and democracy, regardless the pressure."

"I know that the Lebanese are afraid today. They fear for their freedoms, democracy, security, stability and economy. But I am here to reassure you and all the Lebanese: Lebanon will never fall."