WHO Says Mobile Phone Use May Cause Cancer 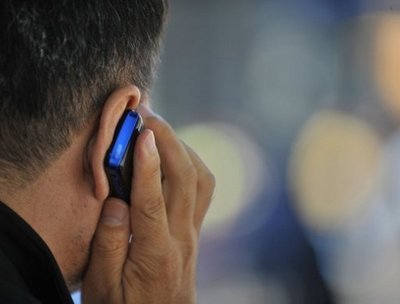 Mobile phone users may be at increased risk from brain cancer and should use texting and free-hands devices to reduce exposure, the World Health Organization’s cancer experts said.

Radio-frequency electromagnetic fields generated by such devices are "possibly carcinogenic to humans," the International Agency for Research on Cancer (IARC) announced at the end of an eight-day meeting in Lyon, France.

Experts "reached this classification based on review of the human evidence coming from epidemiological studies" pointing to an increased incidence of glioma, a malignant type of brain cancer, said Jonathan Samet, president of the work group.

Two studies in particular, the largest conducted over the last decade, showed a higher risk "in those that had the most intensive use of such phones," he said in a telephone news conference.

Some individuals tracked in the studies had used their phones for an average of 30 minutes per day over a period of 10 years.

"We simply don't know what might happen as people use their phones over longer time periods, possibly over a lifetime," Samet said.

There are about five billion mobile phones registered in the world. The number of phones and the average time spent using them have both climbed steadily in recent years.

The CTIA-The Wireless Association dismissed the report saying the U.N. agency "conducts numerous reviews and in the past has given the same score to, for example, pickled vegetables and coffee."

This classification "does not mean cell phones cause cancer," the industry association said in a statement, noting that "limited evidence from statistical studies can be found even though bias and other data flaws may be the basis for the results."

The IARC cautioned that current scientific evidence showed only a possible link, not a proven one, between wireless devices and cancers.

"There is some evidence of increased risk of glioma" and another form of non-malignant tumor called acoustic neuroma, said Kurt Straif, the scientist in charge of editing the IARC reports on potentially carcinogenic agents.

"But it is not at the moment clearly established that the use of mobile phones does in fact cause cancer in humans," he said.

The IARC does not issue formal recommendations, but experts pointed to a number of ways consumers can reduce risk.

"What probably entails some of the highest exposure is using your mobile for voice calls," Straif said.

"If you use it for texting, or as a hands-free set for voice calls, this is clearly lowering the exposure by at least an order of magnitude," or by tenfold, he said.

A year ago the IARC concluded that there was no link between cell phones and brain cancer, but that earlier report was criticized as based on data that was out of date.

The new review, conducted by a panel of 31 scientists from 14 countries, was reached on the basis of a "full consensus," said Robert Baan, in charge of the written report, yet to be released.

"This is the first scientific evaluation of all the literature published on the topic with regard to increased risk of cancer," he said.

But the panel stressed the need for more research, pointing to incomplete data, evolving technology and changing consumer habits.

"There's an improvement in the technology in terms of lower emissions but at the same time we see increased use, so it is hard to know how the two balance out," Baan noted.

Industry groups reacted cautiously, pointing to other common consumer items -- including coffee and vegetables pickled in chemicals -- that are included in the same category.

"In France, the health ministry already applies a precautionary approach to cell phones because it considers that no danger has been established, that doubts remain and, thus, that more research is needed," the French Federation of Telecoms said in a statement.

Some consumer advocacy groups said the new classification was overdue.

"As of today, no one can say the risk does not exist, and now everyone -- politicians, telecoms, employers, consumers and parents -- have to take this into account," said Janine Le Calvez, head of PRIARTEM, a consumer advocacy group concerned with cell phone safety.