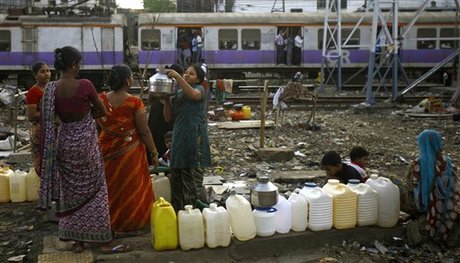 India's top court upheld the death penalty on Thursday for a mastermind of a series of bombings which killed 257 people in Mumbai in 1993, the deadliest set of attacks in the country's history.

Yakub Memon, brother of the alleged main plotter and fugitive Tiger Memon, was the only one of 11 convicts to see his death sentence upheld by the Supreme Court for his role in the blasts which wounded more than 800 people.

The judges also handed down a five-year term for the prominent Bollywood actor Sanjay Dutt for possessing illegal weapons bought from gangsters accused of orchestrating the bombings.

Announcing the sentences, Supreme Court judge P. Sathashivam said the Memon brothers and another suspect, Dawood Ibrahim, who is said to be living in Pakistan, "were archers and rest of the appellants were arrows in their hands.”

"They were the architects of the blasts," Sathashivam, one of two judges presiding over the case, said.

The remaining convicts who had appealed against the death penalty saw their sentences commuted to life imprisonment.

The attacks on March 12, 1993, were believed to have been staged by Mumbai's Muslim-dominated underworld in retaliation for anti-Muslim violence that left more than 1,000 dead in the city a few months earlier.

Yakub, an accountant by profession, his brothers Essa and Yusuf and sister-in-law Rubina were all convicted for their involvement in the serial blasts at 13 different locations.

The Bombay Stock Exchange, the offices of the national carrier Air India and the luxury Sea Rock hotel were among the targets.

Tiger Memon and Dawood Ibrahim, the other alleged masterminds of the attacks, have been on the run since 1993. Indian investigators say they were helped by Pakistan's intelligence service, a charge denied by Islamabad.

Executions are only carried out for "the rarest of rare" cases in India but President Pranab Mukherjee has rejected a number of mercy pleas in the last few months, ending an unofficial eight-year moratorium.

Afzal Guru, a Kashmiri separatist convicted of involvement in a deadly 2001 attack on the Indian parliament, was executed in New Delhi last month, triggering angry protests in the disputed region.

The lone surviving gunman from the deadly 2008 Mumbai attacks, Pakistani-born Mohammed Ajmal Kasab, was hanged last November, in the first execution in the country since 2004.

The 53-year-old Dutt, who was appealing against an original six-year term, spent 18 months behind bars before being bailed in 2007.

The actor was not in court while his sister Priya Dutt, who is a member of parliament, looked visibly upset when the verdict was pronounced.

She declined to speak with reporters as she rushed out of the court.