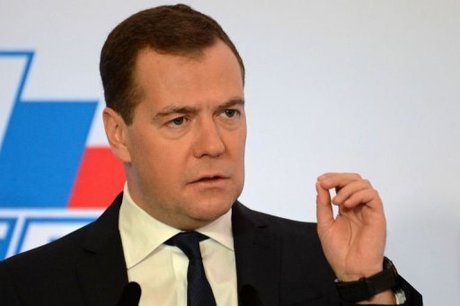 "We have to figure out what this story turns into in the long run, what the consequences for the international financial and monetary system will be -- and thus, for our own interests as well," news agencies quoted Medvedev as saying in Russia's first official response to the rescue.

First Deputy Prime Minister Igor Shuvalov said separately that Moscow would make a decision on giving Cyprus extra time to pay back a 2.5-billion-euro loan due by 2016 after studying the full details of the Brussels package.

"But it is too early to speak of this now, because at present, the situation looks like no further help (for Cyprus) from the Russian government will be required," news agencies quoted Russia's pointman on the economy as saying.

The 10-billion-euro EU-IMF deal will see Russians who have some $31 billion parked in Cypriot corporate and private accounts lose cash from a so-called "haircut" placed on deposits of more than 100,000 euros in Cyprus's biggest bank, the Bank of Cyprus.

Moscow's Alfa Bank investment house said that "a bigger burden is to be placed on bigger, mostly Russian deposits under the deal."

Russia reacted angrily to an original plan that was to have seen a 10-percent levy placed on deposits in Cyprus of more than 100,000 euros. That plan was dropped after being rejected by the Cypriot parliament.

European negotiators and Cypriot officials have still not worked out the final details that stipulate how painful the cut to the larger holdings in Cyprus's biggest bank will be.

A Cypriot government spokesman said that the loss to large holdings in the Bank of Cyprus will be "around 30 percent".

"Plan B is no better for Russian companies than the original one. In fact, it is probable worse," said IFC Metropol analyst Mark Rubenstein.

"But this is only true of for businesses that conducted their holdings through Cyprus. The situation there will be very unpleasant."

Some Russian officials such as Shuvalov have suggested that the silver lining of the haircut would be the return to Russia of money that had been hiding in offshore zones.

"What is happening is a good signal to those who are ready to return their money under Russian jurisdiction, into Russian banks," Shuvalov said on Monday.

"We have very stable banks," he said.

But several analysts said this was unlikely because the rich Russian would instead simply take their money to more distant offshore zones such the British Virgin Islands.

Analysts stressed consequences from the loss in holdings will be minimal for the Russian economy as long as Cyprus does not institute currency controls limiting the amount of money leaving its banks.

But "the cost could rise to non-trivial levels of 2 percent of GDP if Cyprus imposed capital controls," Tchakarov noted.