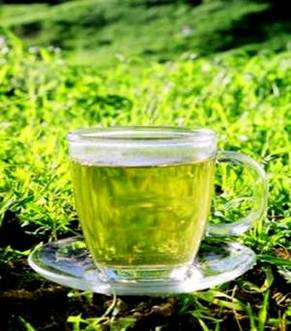 Exotic and organic teas are wooing tea drinkers and challenging traditional black tea's dominance as never before, tea industry experts say, as a tea factory in Dubai bids to become the world's largest.

The shift in global tea-drinking trends is felt at the Jebel Ali Free Zone, despite it being more than 2,000 kilometers (1,250 miles) from the nearest tea bushes in the lush misty mountains of South Asia and East Africa.

Unilever's Jebel Ali tea-blending and packing plant is in the middle of a major tea-consuming market -- the oil-rich Middle East -- and records the changing habits of tea drinkers.

The plant, producing 1.1 million tea bags an hour every day all year round, begins expanding later this year aiming to double its output within four years to become the world's biggest tea factory.

"But this has changed rapidly in the past five years. Green tea has got a lot of good press... its health properties are well known," added the professional tea taster, buyer and blender.

"Women, in particular, are embracing green tea in a big way and really going for it as a refreshing, healthy beverage choice".

The health properties of green tea are also helping the financial health of the whole tea industry.

Nations that export orthodox black tea, such as Sri Lanka, have in recent years begun a major drive to produce more green tea as well as exotic varieties.

But both varieties come from the same bush.

Decades ago, tea drinkers would opt for either black or green, but now there is a huge choice, and even the humble tea bag is available in an exotic pyramid shape.

Mainstream black and green have been joined by, among others, organic, herbal and infusions, single-origin, ready-to-drink and fruit-flavored varieties.

Jasmine, Earl Grey, chamomile, lemon and mint are some of the more popular choices. The industry is also seeing a surge in "fruit" combinations as well as libido-boosting "white teas," known as silver tips and golden tips.

Tea has been relatively unaffected by the sharp rise in global commodity prices seen earlier this year, but climate change is beginning to affect tropical crops, including tea.

Prices are more volatile than ever, and the cost per cup has risen steadily for the past five years, said Bharucha, who believes the industry must become more sustainable and go "green" -- in the environmental sense.

Tea has been spared extreme market volatility partly because it is perhaps the only commodity without a "futures" market, unlike commodities such as oil, coffee, cocoa, sugar and wheat.

Industry officials agree that a tea futures market did not develop because of the crop's extreme seasonality, its infinitely variable quality and because it cannot be stored for long periods without losing aroma.

But officials note that volatility has, indeed, increased in the past few years because of crop failures triggered by droughts, particularly in Kenya, India and Sri Lanka.

Sri Lanka, which is competing with Kenya to be the world's top tea exporter, is already working to developing plants that better resist drought, according to the Tea Research Institute in the island nation.

By 2015, Unilever has committed to source all the tea in its Lipton brand from plantations certified by the U.S.-based Rainforest Alliance, which guarantees the grower's green credentials.

Although the cost of tea would rise accordingly, they expect an increase of up to three percent in sales growth, says Cues Tama, Lipton's global vice president for brand development.

He said the global tea market is expected to rise up to seven percent annually, and as consumers become more environmentally aware, those who joined the green bandwagon early will benefit more.

"Tea is very much on the health and wellness trend, and we expect the market to continue to grow between five to seven percent a year," he said.

"Our challenge is to continue to grow our black (tea) core while extending into new segments like green, fruit and milk tea."

Sri Lanka, one of the top exporters, hopes tea sales will rise by 10 percent in 2011.

"A boom in world tea exports appears to continue, with a 10 percent increase in volume fuelled by the world economic recovery," its tea board said in its latest report.

The report also noted that higher revenues would allow oil-exporting nations to spend more money on their staple beverage.

At Jebel Ali in Dubai, German-made state-of-the-art machines pack tons of tea into bags and packets, and plant manager Abdelaziz Salah says they must expand to meet ever-rising demand.

"We will start an expansion by the end of this year and by 2015 we want to double our output," he told AFP. "We are looking at being the biggest plant in the world."

"We are quite close to the biggest tea-producing and exporting countries in the world (East Africa, India and Sri Lanka)," Bharucha said.

He noted that per capita tea consumption levels in the Middle East rival the world's most prolific tea-drinking nations -- Britain and Ireland.