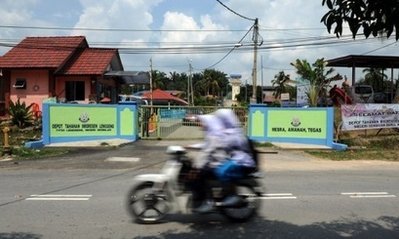 Police officials on Tuesday said Abdul Haris Syuhadi, 63, had been detained over the weekend at his home in central Selangor state under the Internal Security Act (ISA) for alleged terrorism activities.

Ismail Omar said police had monitored Abdul Haris and he was found to have been spreading JI ideology and actively recruiting members for the terror group, which has links to al-Qaida, since 2002, state media reported.

"I confirm his detention. I believe his activities can endanger national security and we will take appropriate action," Ismail said without elaborating.

JI, a Southeast Asian terror outfit, is blamed for a string of attacks in the region, including the 2002 Bali bombings in which 202 people were killed, many of them foreign tourists.

GMI said it was the ninth arrest under the ISA this year. Rights groups say there are currently 29 individuals being held under the ISA.

Last month, authorities deported a Singaporean businessman who had been detained under the security law on suspicion of channeling funds to aid a Philippine Islamist militant group.

The ISA, which dates back to the British colonial era, when it was used against communist insurgents, has been used against government opponents as well as suspected terrorists.