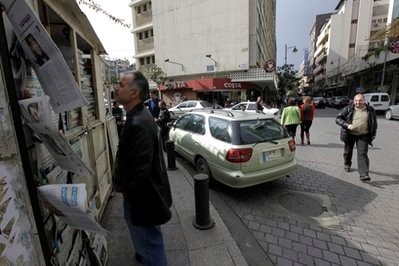 The meeting was expected to tackle the distribution of portfolios among the various political blocs, but it developed into a disagreement over Miqati’s insistence to appoint Faisal Karami, son of former Premier Omar Karami, to the Cabinet and Hizbullah’s demand to appoint Ahmed Karami instead.

The party had reportedly informed the former PM that his son would be handed a government portfolio, but probably had a change of opinion to cater to its ally, Ahmed Karami.

The talks also addressed Arslan’s refusal to be granted a state ministry portfolio, reported the daily An Nahar on Saturday.

The Lebanese Democratic Party had announced Friday night “its absolute rejection of proposals that it be represented in government by the position of minister of state.”

It also voiced its reservations over the vague positions over what it described as “discrimination” adopted by the Druze sect.

As for the third obstacle, Suleiman refused Sayyed Hussein’s reappointment to Cabinet in response to his resignation from the previous government without consulting him.

The president remained adamant on his position even after Hizullah suggested abandoning two ministers from its share.

Sayyed Hussein was appointed to the previous government as being allied to the president and his resignation in January along with March 8 camp ministers led to the toppling of the government headed by Premier Saad Hariri.

We knew from the beginning that the problem was not GMA !!! The president is creating problems to everybody , he is now refusing the nomination of the most honorable minister Sayyed Hussein .

don't rush,gvmt will come on due time,why fakhamto has to accept conditions from sides who are losing power by the hour?ask pakradouni who was present in the senate and didn't join the "meeting",wait for the turkish military intervention to create a safe zone in northern syria dor the refugees,the govmt can wait to adjust the "balance" once for all.
n.b.the duo bashar/maher is a lot weaker than the duo hafez/rifaat in hama1982.

Why give government seats to fils-a-papa or to political figures? Why not put specialists each in his field to run his ministry? Public figures from either camp should be banned from the government. Let them fight in parliament. Ministers and deputies should stop receiving benefits after their tenure. Ministers are here to serve the people. Not to please X or Y. They should make bridges, create jobs, explore for oil and create wind farms instead of building personal gas stations, exploiting tobacco income and making favors to theirfriends at the expense of the public good

Even if they agree on the WHOLE cabinet, it would be impossible for them to concur on the cabinet's statement (Al Bayan Al Wizari)......maybe Santa Claus could sort it out at Christmas