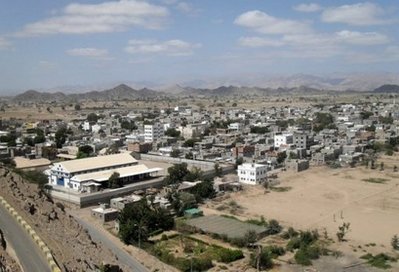 Ten Yemeni soldiers and 21 suspected al-Qaida militants were killed in clashes in south Yemen on Saturday, the defence ministry said on its news website.

Fierce clashes erupted in the city of Zinjibar, in Abyan province, between gunmen who have seized control of most of the city and besieged troops from the 25th mechanized brigade, a military official said on the 26Sep.net website.

"Eighteen terrorists were killed and dozens wounded when gunmen attacked the base of the brigade," the official said, adding that "nine soldiers fell martyrs."

Meanwhile, the official said three "al-Qaida terrorists" were killed and 10 others wounded, while a soldier was killed and three wounded when gunmen ambushed a military convoy near Loder, also in Abyan.

A military official had earlier said that six soldiers were killed and seven civilians wounded in the ambush.

Troops loyal to embattled President Ali Abdullah Saleh have launched an attack to regain control of Zinjibar. A military official said on Thursday that 10 al-Qaida fighters and three soldiers were killed in clashes on the outskirts of the city.

Yemen is the home of al-Qaida in the Arabian Peninsula, an affiliate of slain Osama bin Laden's militant network.

Saleh, a long-time key U.S. ally in its fight against al-Qaida, has since January been battling protests demanding his ouster. He is being treated for bomb blast wounds in Riyadh after an explosion in his Sanaa compound last week.