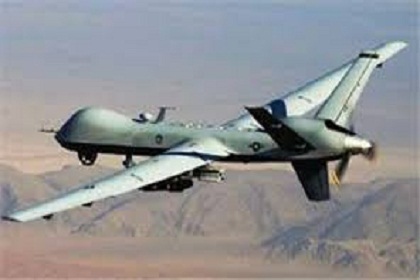 A military transport plane crashed in mountains with three crew members aboard shortly after taking off from a United States airbase in Kyrgyzstan on Friday, officials said, with so far no survivors found.

"The plane definitely belongs to the U.S. transit center. On board were three crew members. Their fate is unknown," the emergency situations minister Kubatbek Boronov said in a televised comment after rushing to the scene.

"I cannot exclude that the three American pilots could have died, being burnt up alive in the explosion," he said, adding that the search operation would continue at least until nightfall.

The Manas airbase is key to U.S. military operations in Afghanistan, used to ferry troops into the country, refuel warplanes and evacuate wounded soldiers.

The U.S. base said it was still confirming the report.

"So far we cannot confirm this information. If this in fact happened, we will be able to later give accurate information," a spokeswoman for the base told Agence France Presse, speaking in Russian.

The plane crashed near the mountain village of Chaldybar, around 200 kilometers (125 miles) from the capital and close to the border with Kazakhstan, Kyrgyzstan's emergency situations ministry spokesman Abdisharip Bekilov said.

The ministry said in a statement that the plane was a C-130 military transport plane, after initial reports gave the model as a C-135.

So far no casualties have been found at the scene, with some witnesses saying the pilot had apparently parachuted out.

"Debris from the crashed plane has scattered over a radius of 10 kilometers," the head of Kyrgzystan's transport prosecutors, Kuvan Mamakeyev, told AFP from the scene.

"In such a disaster, alas, it is unlikely that the crew managed to survive," he said.

He added that the U.S. military attache had arrived at the scene.

A local official said that at least one of the pilots apparently parachuted out.

"The preliminary information is that the pilot jumped out with a parachute. They have gone to look for him," the deputy district chief Anatoly Ivannikov told local radio.

Later on Friday, the aircraft's U.S. air base said that the fate of the crew of the tanker plane is unknown, noting that emergency services are on the scene.

"Emergency services are on scene. The status of the crew is unknown," the Transit Center at Manas near Bishkek said in a statement, confirming the plane was a KC-135 Stratotanker that usually carries three crew.

Another witness, Daniyar Satymkulov told local radio from the scene that: "A parachute is lying there. But there are no people to be seen."

Witnesses told the Kyrgyz AKIPress news agency that they heard a buzz and then an explosion.

A local resident, Nurlan Derdenov, told local news website 24.kg that the plane "blew up in the air."

"School children managed to film it on cell phones. When the plane fell, it hit a high-voltage power line."

A photograph published by AKIPress showed a broken-off wing of a plane lying on the ground with the U.S. flag and the plane's identification number visible.

The U.S. airbase opened in 2001 at Bishkek's Manas international airport. According to its website, around 1,200 U.S. military personnel are located there.