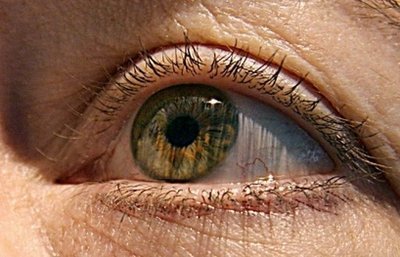 German doctors on Wednesday announced a breakthrough in retinal implants, the fledgling technology that aims to restore sight in people cursed by a form of inherited blindness.

Three patients fitted with the new device were able to see shapes and objects, and one was able to walk around a room by himself, approach people, read a clock face and distinguish between seven shades of grey.

The device "represents an unprecedented advance in electronic visual prostheses," the Royal Society, Britain's de-facto academy of sciences, said as one of its journals published the research.

"(It) could eventually revolutionize the lives of up to 200,000 people worldwide who suffer from blindness as a result of retinitis pigmentosa."

Retinitis pigmentosa is a degenerative disease in which light receptors in the retina, on the back of the eyeball, gradually cease to function.

Over the past seven years, surgeons have pioneered electronic implants that are attached to the retina and are linked by wire to a small external camera that is mounted to a pair of spectacles.

The camera picks up light and sends the image in the form of an electrical signal, via a processor unit, to the implant.

The implant then feeds the data to the optic nerve which leads from the eyeball to the brain.

The new device takes a step forward by capturing light that travels naturally through the eye's lens.

Correctly known as a sub-retinal implant, it entails a microchip comprising some 1,500 light sensors that are attached underneath the retina, thus replacing some of the lost receptors.

What the brain receives through the optic nerve is a tiny image comprising 38 pixels by 40 pixels -- points of light that are each brighter or dimmer according to the light that falls on the chip.

"Three previously blind persons could locate bright objects on a dark table, two of whom could discern grating patterns," according to the paper, published in the journal Proceedings of the Royal Society B.

"One of these patients was able to correctly describe and name objects like a fork or knife on a table, geometric patterns, different fruits and discern shades of grey with only 15 percent contrast.

"Without a training period, the regained visual functions enabled him to localize and approach persons in a room freely and to read large letters as complete words after several years of blindness."

The implant was developed by a German company, Retinal Implant AG, alongside the Institute for Ophthalmic Research at the University of Tuebingen.

Lead researcher Eberhart Zrenner, a Tuebingen professor who co-founded Retinal Implant in 1996, said the pilot study was "proof-of-concept," meaning that it showed how visual functions could be restored to help blind people in everyday life.(AFP)