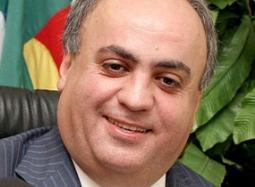 Tawheed Movement leader Wiam Wahhab’s personal bodyguard has been charged with collaborating with Israel, including participating directly and indirectly in assassinations against Hizbullah fighters, reported al-Akhbar newspaper on Thursday.

The accused, Jalal A., was suspected by Hizbullah of working with Israel after noticing his suspicious behavior during Wahhab’s visits to party officials in Beirut’s southern suburbs, a Hizbullah stronghold.

After monitoring his actions, their suspicions were confirmed and he was lured to the southern suburbs, in cooperation with Wahhab, where he was subject to an interrogation during which he confessed to collaborating with the Jewish state.

His residence was searched and advanced communications equipment provided by Israel was found.

Hizbullah later handed Jalal over to the Lebanese army intelligence who conducted further investigations with him before transferring over to the military judiciary.

In the past, Wahhab had implied that Israel had planted a spy among his bodyguards in order to gather information about Hizbullah officials.

Jalal confessed to have collaborated with Israel since 1994, revealing that he had traveled to the Jewish state a number of times where he underwent training.

He added that he had provided Israeli intelligence with the locations of Hizbullah and Lebanese army positions and centers, including the locations of a number of residences of party officials.

He also helped in garnering information on Hizbullah military strategist Ali Hussein Saleh who was killed by Israeli intelligence in Beirut’s southern suburbs in 2003.

The spy may have also been involved in the 2006 assassination of members of the Islamic Jihad group, the brothers Mahmoud and Nidal al-Majzoub.

Later on Thursday, the Tawheed movement denied that the accused was Wahhab’s personal bodyguard, explaining that he is among Wahhab’s inner circle.

In addition, it clarified that the movement alone and not Hizbullah participated in searching Jalal’s residence.

the pro resistance parties are the best environment for the spies.
Tawhid after the Aoun party.

who knows perhaps the spies are within those who agitated the war in 2006 !

the important now it is to see with cold head that after new cabinet was formed, THE SEASON OF HUNTER WIZARDS is not opened, because it can be one tool to silence to all what can look like suspect, WATCH OUT

you cant put metal in a microwave....

Wow, a spy since 1994 and HEZ officials noticed him acting suspicious so they began tracking him. Please you have to be kidding me. It's not like this guy was a rookie. Lebanese believe anything. There is more to the story. It's amazing the articles never provide evidence or interviews of people close to the accused.