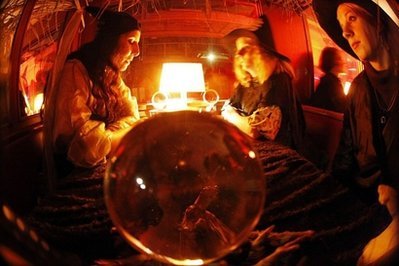 Harry Potter fans were abuzz with excitement on Thursday after creator JK Rowling launched a mysterious web site counting down to the announcement of a new project.

A spokesman for the multi-million selling writer said the new enterprise was not a new book and was not related to the upcoming release of "Harry Potter And The Deathly Hallows: Part 2", the final film in the epic saga.

A click on an owl then redirects the user to a Youtube page with a clock marking down time until June 23, and the message "The owls are gathering - find out why", fuelling fevered speculation about the form of the new venture.

Rowling's spokeswoman, Rebecca Salt, said: "There is a holding page up at the moment. It is a new project and not a new book and it's not directly related to the film.

"We are not saying anything more at the moment."

The "Pottermore" trademark is owned by Warner Bros, the films' distributor.

Fans were led to the site late Wednesday by a "Secret Street View" hunt.

In the challenge, ten Potter fan sites were each given a coordinate relating to a letter of the web page address.

Initial predictions for the project included a long-awaited Potter encyclopedia, an online role-playing game and a "giant theme park".

A member of the fan site "www.the-leaky-cauldron.org" claimed to have seen a preview of the product and said it was "in a word, breathtaking".