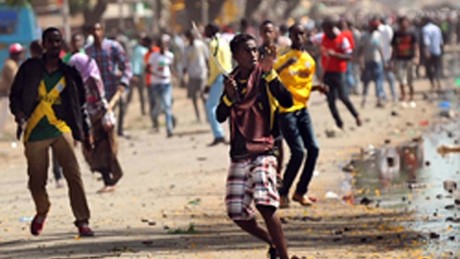 "Nine people were killed, four in Mandera and five in Wajir," a police officer who declined to be named told Agence France Presse.

"The two incidents are related because the second one was a retaliatory attack of the earlier one," added the officer.

Among the victims is a police reservist who had tried to intervene in the fighting between members of the Degodia and Garreh clans.

In the Mandera incident, unidentified gunmen shot at a lorry, killing four people who were travelling in the vehicle.

"There has been a problem in that region and that is what we want to bring to an end," Kenya police chief David Kimaiyo said.

"The two communities were fighting, there are people killed and others injured but we have deployed more police officers to the region to restore peace," he added.