UNIFIL: Israel is Obligated to Withdraw from Northern Section of Ghajar 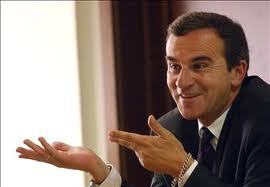 The United Nations Interim Force for Lebanon Director of Political and Civil Affairs Milos Strugar stressed on Monday that Israel is obligated to withdraw from the northern section of the village of Ghajar, as well as the areas adjacent to the Blue Line in accordance with U.N. Security Council resolution 1701.

He said: "This matter has been under study for a long time and we had launched an active dialogue on it with both sides based on UNIFIL's suggestion to facilitate the Israeli army's withdrawal from the region."

"UNIFIL has recently presented ideas and mechanisms as part of its efforts to activate the withdrawal process," he added.