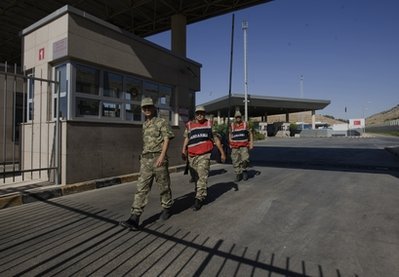 The vehicle came under attack from militants of the outlawed Kurdistan Workers' Party (PKK) in a rural area in Van province, the report said.

The PKK, listed as a terrorist group by Ankara and much of the international community, took up arms for self-rule in the Kurdish-majority southeast in 1984, sparking a conflict that has claimed some 45,000 lives.

Last week, the PKK announced tough conditions for Ankara for the extension of a unilateral truce it had declared in August last year.

The group demanded that Prime Minister Recep Tayyip Erdogan announce publicly the end of military operations against its militants and that parliament officially invite jailed PKK leader Abdullah Ocalan to negotiations to solve the Kurdish conflict.