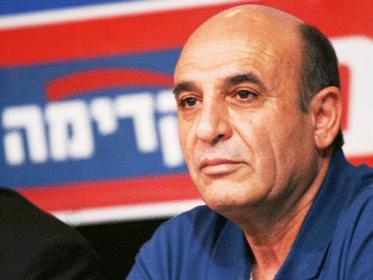 Shaul Mofaz, head of Israel’s parliamentary Foreign Affairs and Defense Committee, on Monday hoped the Sunni majority in Syria would take power, ending the domination of President Bashar al-Assad's Alawite minority, an outcome he said might bring an end to Syria's alliance with Shiite Hizbullah and Iran.

"The Sunnis are more moderate and this is good for Israel as it opens a possibility of future peace talks and preserving the quiet," Mofaz said in an interview with Agence France Presse.

"I think that Bashar al-Assad will be overthrown from the government in Syria," he said. "The processes that are happening there are very momentous, very serious."

It was just a matter of time until the Syrian army started deserting in droves, which would spell the end for Assad, he said.

"On the day that desertions begin, not just one soldier but thousands ... it will start to crumble for him. The moment things start to crumble, Assad won't be there long.

"It will happen because it is not normal for soldiers to shoot their own people."

The London-based Syrian Observatory for Human Rights says that 1,342 civilians have been killed in the government's crackdown and that 342 security force personnel have also died.

On Saturday French daily Le Figaro quoted a Western expert closely following up Iranian-Syrian ties as saying that Hizbullah was moving its arsenal from Syria over fears that the anti-Assad demonstrations would lead to regime change.

The expert confirmed that Western intelligence had monitored an alleged movement of trucks from the Syrian border to eastern Lebanon’s Bekaa valley.

The trucks are allegedly transporting Iranian-made Zelzal, Fajr 3 and Fajr 4 rockets that the Shiite party had amassed in depots in Syria.

Le Figaro said that Hizbullah’s logistics units based in Syria were helping the party move its arsenal.

These kind of statments are only made to create more disunity among arab countries. I bet they will be used by both sides on the frontline. Let the best to the syrian people and every arab country takes place.

To all those complaining against the resistance, here you are AGAIN!!! see, he wants SUNNI to rule (sectarian) and he wants Syria to end it's relations with resistance and Iran. So all those in Lebanon who halucinate about same things, see it's our enemy. It's their wish. You cannot have same goals as your enemy. It's a treason.

Iran is the enemy

Does anyone notice that the death rates (1300 for protestors and about 350 for security forces) is very close to the numbers of dead during the 2006 war?? dince we lost 1300 and houses and we called it a divine victory, while Israel lost ony 350 or so... can we call this a divine victory for the protestors in Syria? lol

The death rate is in my opinion far far far away from the truth. After having spoken with so many Syrians, I can assure you that the numbers are way way higher than that, and that the number of abducted persons is in tens of thousands. I also heard a lot of horrible stories on the executions amongst soldiers, of mass graves... terrible...

So this will be an extra special divine victory? just comparing apples to apples..

to adonis: "You cannot have same goals as your enemy. It's a treason" you say.
so your master aoun is also a traitor then!
he went to the us senate to ask g bush to help him against the syrian regime and to act against hezbollah, no?
so he was a traitor as he wished the same things as your present enemies!!!

so how can ou dare support such a regime that has brought death and theft to your country? your memory is so short?

you must suffer from the stockholm syndrom you and your peers!

or you must be so proud of this regime that killed tortured massacred many lebanese here, meaning that you cannot be a true lebanese yourself...
poor you....