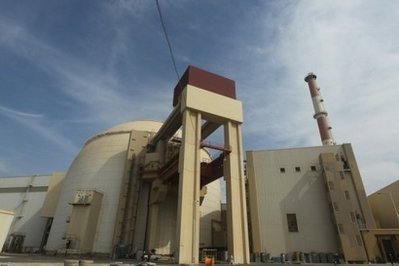 "The project has been completed and everything has been ironed out," the state RIA Novosti news agency quoted Ryabkov as saying.

"If this happens in the first days of August, it will fully meet our forecasts and expectations. And if it happens a few days later, there is nothing terrible about that."

Iran says it needs the plant, which had been under construction from the 1970s before being completed by Russia, to meet growing demand for electricity.

But the plant's construction has been strongly opposed by Israel amid fears that it forms a part of Iran's suspected nuclear weapons development program.

The plant's connection to Iran's electricity grid had been initially scheduled for late 2010 but has since been repeatedly postponed due to technical faults.

Russian nuclear fuel rods had to be removed from Bushehr in February because of internal wear-and-tear that Russia blamed on the Iranian engineers' insistence on working with outdated parts.

The plant's construction had initially started in the 1970s with the help of Germany's Siemens company.