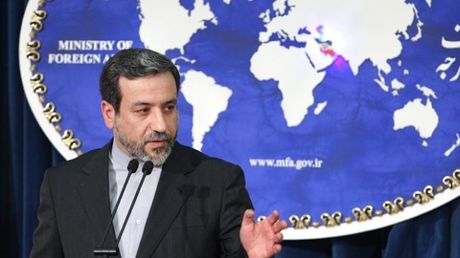 The message was conveyed by Foreign Minister Mohammad Javad Zarif in a meeting on Monday with U.N. political affairs chief Jeffrey Feltman, who is in Tehran for talks that included Syria, Araqchi told reporters.

"The use of military means (against Syria) will have serious consequences not only for Syria but for the entire region," Araqchi said recounting conversations between Zarif and Feltman.

The Assad regime and rebels groups fighting it have accused each other of carrying out the attacks, which are said to have killed hundreds.

Araqchi repeated claims that there was "proof" of Syrian rebels having used chemical weapons, adding that Russia, another key Assad ally, had submitted it to the U.N. Security Council.

Highlighting what he called the "sensitive situation" in the region, Araqchi advised the West to exercise "wisdom" in dealing with Syria, especially since "there is no authorization from the Security Council" for military action.

The remarks came after U.S. Secretary of State John Kerry said Monday that the use of chemical weapons was undeniable, and that the Obama administration would hold Damascus accountable.

Kerry also suggested that the U.S. was moving closer to a military response after consulting its allies.