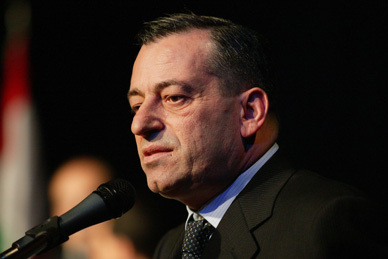 Lebanese Forces MP Antoine Zahra stated on Wednesday that the March 14 camp never assumed power in Lebanon, indirectly implying that the March 8 camp had prevented it from performing its mission.

He said during the parliament session aimed at discussing the cabinet policy statement: “The March 14 camp won two parliamentary elections, but it never held power, even if the prime minister was affiliated with the camp.”

“This government has returned us to the dark ages of politics,” he stressed.

“Some sides have criticized the fact that there are no female ministers in the new government, but I congratulate the Lebanese woman for not being involved in this abnormal government,” the MP added.

Addressing Prime Minister Najib Miqati, he stated: “You and your camp were unable to change one word in the policy statement.”

“If this cabinet is destined for a long life, then I hope that you will warn some ministers, whom we have worked with in the past, that this is a cabinet working for state institutions and not anything else,” Zahra said.

“The prime minister should announce the government’s policies and no one else,” he stated.

“The cabinet is formed of ministers and not a master of ministers,” the opposition MP declared.

“We will congratulate you on any accomplishment, but we won’t remain silent over any violation and I will therefore withhold confidence from the cabinet,” he concluded.

Strong but true words. What will it end with? There's no bright furture ahead.

Zahra is correct. M14 won in 2005 in alliance with Hezbollah which had an input into the Policy Statement which took Hezbollah out of the operational scope of UNRES 1559. Resolution 1559 called for disbanding of all "militia" and since the 2005 policy statement referred to Hezbollah as a "resistance" 1559 was not applicable to it and M14 was saddled with the mantra: "the state, the people and the resistance," with the resistance usurping a substantial portion of the State's function with regard to security and defense.
In 2009, though the Doha formula of "1/3 +1" was to have ended, the threat of Hezbollah going to the street if Doha was not extended worked to include Hezbollah in the Hariri Cabinet under the promise that it would not withdraw and collapse the government. See how good is the word of Hezbollah? It is worthless.

Hezbollah is in effective control through its weapons. It ignored M14 PM's who were not dependent on it. Haram ya Mikati who is. HA has already started.

I hope you'll remember this next time you win and don't vote berri as speaker, or let jumblat, fpm, hezbollah and amal in the government you'll form.

Immature and irresponsible reaction. You should assume and stop complaining like kids. Lebanon is forced to assume its corrupt and full of scumbags political class, show at least some dignity. Power is not an exercise but a responsibility and yes, you should take responsibility and stop using political rhetoric. M14 and M8 and M12 all is better than M16!!! Assuming power is a duty, if you can't and want to complain, do it at home not in parliament. Shame on all who signed to prolong Lahoud and then signed to say oh I am sorry, I didn't meant that, shame on those who voted for Berri and then said I didn't want to... ASSUME. Stop complaining, act as leaders, STL is not what will save Lebanon, true men might be and everything starts with assuming and taking responsibility. The STL is a detail and won't help build a state what will is willingness, hard work, learning from mistakes and take power as a responsibility not as a way to abuse of it and make money or for the sake of it!!! b a man

Democracy is based on popular vote. What this war criminal does not say is that M8 not M14 won popular vote both times including the Christian vote. .

Zahra also knows that the Syrians and not Mafioso Rafik are to blame for dumping the Lebanese in a 70 billion USD financial hole. This is why Monsieur La Fleur is in the forefront of those demanding an audit into this matter, this way Rambos will really get Syria! No? Always the wrong ideas, always the wrong timing, always wrong. Sorry losers!