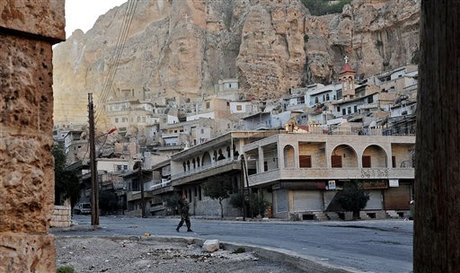 Another three people were injured when a fourth mortar slammed into the Holy Cross church in the neighborhood, it added.

The Greek Orthodox church is one of the largest in Syria. It was unclear how badly it was damaged in the attack.

Syrian rebels have set up a series of rear bases on the outskirts of the capital, from which they regularly target central Damascus with rocket and mortar fire.

Last month, a mortar round slammed into the Iraqi consulate in Damascus, killing a woman.

Syrian troops have for months been fighting in Damascus neighborhoods in a bid to dislodge the rebel bases there.