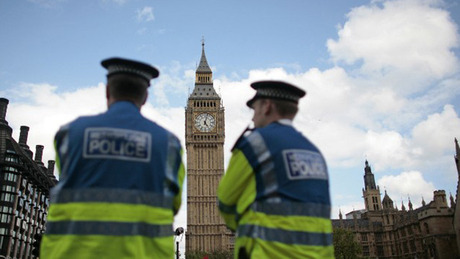 British police on Sunday charged two men with terror offences after they were arrested during a dramatic counter-terrorism operation in London last week.

A 25-year-old man is accused of preparing acts of terrorism while he and another 25-year-old man are suspected of gathering information which could be used in a terror act, London's Metropolitan Police said in a statement.

Both men will appear in court on Monday to face charges under Britain's Terrorism Acts of 2000 and 2006.

Two other men arrested during the October 13 swoop, in which armed officers shot the tires of a car near the Tower of London, were released on Saturday.

A 29-year-old and a 28-year-old, Britons of Pakistani and Azerbaijani origin respectively, were released without charge, police said.

The BBC quoted unnamed officials as saying the suspects were accused of a "serious" jihadist plot involving the use of firearms.