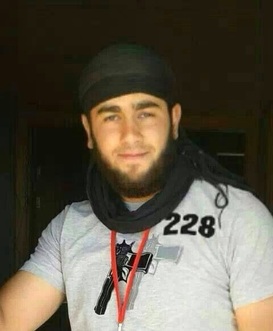 Speaker Nabih Berri has expressed disappointment that one of the suicide bombers that attacked the Iranian embassy in Beirut on Tuesday was from southern Lebanon.

In remarks to An Nahar daily published on Sunday, officials quoted Berri as saying that he had hoped the two bombers would not be Lebanese to avoid widening the differences between the rival parties.

The southern city of Sidon was the home of Moein Abu Dahr, the Lebanese bomber in the deadly attack in the Bir Hassan neighborhood of Beirut's southern suburbs.

Abu Dahr's father told authorities he believed his son was involved after the army released a photograph of one of the suicide attackers. A DNA test identified his son as the bomber.

The other is Adnan Mohammed, a Palestinian from the Ain el-Hilweh refugee camp and a staunch supporter of Salafist cleric Sheikh Ahmed al-Asir.

Mohammed lived in Zahrani near Sidon.

When Berri found out the identity of Abu Dahr and that he was from Sidon, he said he was “shocked.”

“The south has never produced such men in its history,” the officials quoted him as saying.

An al-Qaida-linked group, the Lebanese Abdullah Azzam Brigades, claimed responsibility for the attack, one of the deadliest in a series of attacks targeting Hizbullah and its strongholds in recent months.

The group said it was avenging Hizbullah's military involvement in Syria.

The party has been openly backing troops loyal to President Bashar Assad against the rebels seeking to topple him.

Yanni akid, he was shocked, we are all shocked since this act has been done by a Lebanese, it's unusual actually.

Berri you've been spending half the income of Lebanon on the south for 20 years. And all this in vain. Look at what was created....
Your political shi3ism - thinking u are superior to the rest of the country and deserve to exclusively carry weapons- will lead you nowhere.... but then again u know that but don't dare confront HA

It doesn't say much about the people he represents but it also points to the naivity (stupidity is more appropriate) of March 14th when they made a deal with him to keep him in his seat back when we could have got rid of him.
He is the worst voyou in the history of Lebanon and we've had a few bad ones.
God save us from ourselves, we are our worst ennmies as always!

it was a huge error on behalf of march 14! I must concede this, we will pay this mistake for many years.

"The south has never produced such men in its history", what do they produce then?

ala-din: Can you please post the link where you got your information regarding the target of the intercepted truck?

“The south has never produced such men in its history,”

sure he would have prefered them to be from akkar as otv right away said ...

These are two Saints not the 4 renegades on the run, with the hiding rat in Dahyé !