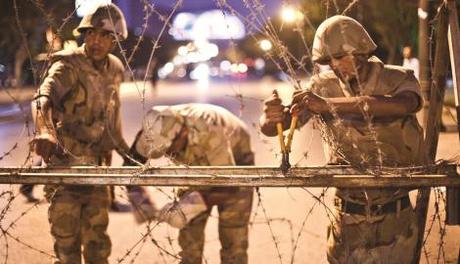 Security forces defused a bomb placed in a car and primed to explode on a roadside near the Egyptian capital on Monday, security officials said.

The interior ministry said the stolen car was detected near a petrol station on the road to the city of Suez.

An employee at the petrol station, which local residents said belongs to the army, spotted three people parking the car and leaving on foot, one official said.

Security officials said the apparent target was a passing convoy.

On September 5, interior minister Mohammed Ibrahim escaped unhurt from a roadside bombing. But 11 soldiers died in a similar attack on their bus in the Sinai on November 20.

Police and soldiers have become prime targets of such attacks since the military's July 3 overthrow of Islamist president Mohammed Morsi.

Dozens of members of the security forces have been killed, especially in the Sinai Peninsula of northeast Egypt bordering Gaza and Israel.