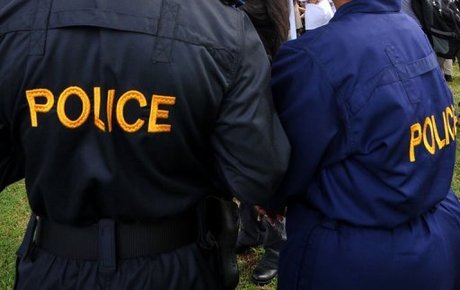 A former head of Rwanda's external intelligence service was found strangled in a hotel in South Africa, where he has lived in exile for several years, his opposition party said Thursday.

"The Rwandan opposition is deeply saddened to announce the assassination of Colonel Patrick Karegeya in Johannesburg," the Rwanda National Congress (RNC) said in a statement. "His body was found in a hotel where he went for a meeting."

"It is true," Frank Ntwali, the party's chairman for Africa told Agence France Presse early Thursday. "He was strangled by agents of (Rwandan President Paul) Kagame."

Ntwali said Karegeya was killed at the Michelangelo Towers, an upmarket hotel in the Johannesburg suburb of Sandton. It was not immediately clear if he was killed on Tuesday night or on Wednesday.

Karegeya, in his early fifties, was for a long time very close to Kagame. He served as head of external intelligence for around a decade before being demoted to army spokesman and was later arrested and jailed.

He was stripped of his rank of colonel in 2006 and fled into exile the following year.

The RNC statement said investigations had found "overwhelming evidence of the involvement of Rwandan intelligence operatives in those attempts".

Rwanda has vehemently denied involvement in the attacks.

Karegeya and Nyamwasa are both prominent figures in the opposition party, despite not holding specific posts.

Karegeya leaves behind his wife Leah and three children.