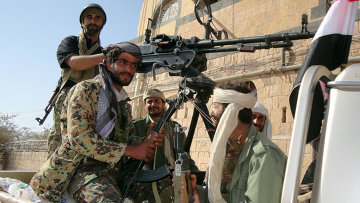 Northern Shiite rebels on Tuesday rejected a six-region federation plan for Yemen saying that the proposed division of the republic does not distribute wealth evenly.

A panel headed by President Abdrabuh Mansur Hadi, and including representatives of Yemen's main parties agreed the plan on Monday, as part of a "national dialogue" and the country's political transition.

The plan will be inserted into the text of a new constitution to be voted on within a year.

"We have rejected it because it divides Yemen into poor and wealthy" regions, said Mohammed al-Bakheiti of the Shiite rebel group Ansarullah.

The six regions agreed in the federation plan include four in the north comprising Azal, Saba, Janad and Tahama, and two in the formerly independent south, Aden and Hadramawt.

Under the plan the northern province of Saada, bastion of Ansarullah rebels also known as Huthis, is part of the Azal region -- a zone that also includes Sanaa, Amran and Dhamar with no significant natural resources or access to sea.

"Saada has stronger cultural, social and geographical links with (coastal) Hajja, and Jawf" along the Saudi borders, Bakheiti said.

Yemen's parties had been divided on whether to split the future federation into two or six regions.

Sanaa feared that a straight north-south divide could set the stage for the disgruntled south to secede.

Yemen's national dialogue was stipulated by a Gulf-brokered and U.N.-backed roadmap that ended a year of protests against former president Ali Abdullah Saleh, who stepped down in 2012 after 33 years in power.