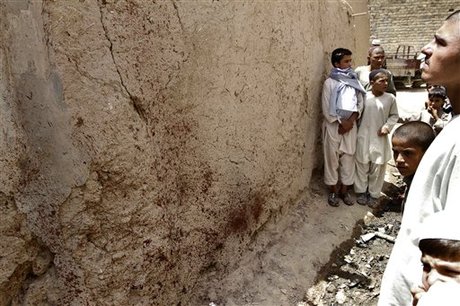 "We certainly think that any talk of washing one's hands of the commitment that one made in Afghanistan would be quite wrong," IRC director David Miliband told Agence France Presse.

"There is a real fear that the trauma and challenges of the last 12 years will mean that there's a very strong instinct to make the military drawdown an element of withdrawal completely, and that would be very damaging," the British ex-foreign minister added.

The conflict between NATO-backed Afghan government troops and Taliban-led insurgents rose sharply in 2013 when the United Nations recorded a 14 percent increase in year-on-year civilian casualties.

IRC says that the number of Afghans in need of health services has risen to 5.4 million from 3.3 million in 2013. The U.N. says 2013 saw a 60 percent increase in the number of people treated for weapon wounds.

IRC says hundreds of clinics and hospitals have closed over the last year due to conflict, lack of staff and the quickening departure of NATO combat troops.

In an economy dependent on foreign aid, the World Bank warns that economic growth is expected to shrink from 14.4 percent in 2012 to 3.5 percent in 2014.

Miliband acknowledged to AFP that some social and economic indicators were "stalling".

"There is a danger that 2014 becomes not just the year of transition but the year of stopping, and our argument is that we've got to help Afghan people get over the hump," he told AFP.

The UN-led humanitarian community has already been forced to prioritize five million of nine million people in need because of lack of funds, IRC says in a new report released Wednesday.

A total of $406 million is needed to provide those five million people with life-saving assistance in 2014.

That amounts to just 0.025 percent of the $1.6 trillion the United States is estimated to have spent on 12 years of fighting, IRC says.

"Steep drops in assistance now would not only threaten the fragile gains made but could also seriously damage the country," the aid group warns.

IRC, which has been operating in Afghanistan for 30 years, makes recommendations to improve the delivery of aid, acknowledging mixed results in the last decade.

Afghanistan remains the most dangerous country in the world for aid workers -- 41 of them were killed in 2013, including five IRC staff members.

IRC Afghan staff identify security as their number one concern, but Miliband insists there is space for aid workers despite the rising security concerns.

The IRC report even argues that aid access may increase in some areas as military troops leave.

The military's drive to win "hearts and minds" blurred the lines between soldiers and aid community, making it risker for humanitarian and development agencies to implement programs, the report warns.

Miliband described the report as an "appeal" and "an explanation of the way to work in this very complex, very decentralized environment".

"I think the case that we make is that the community-based, long-term, locally-led approach has a far better chance of success," he told AFP.