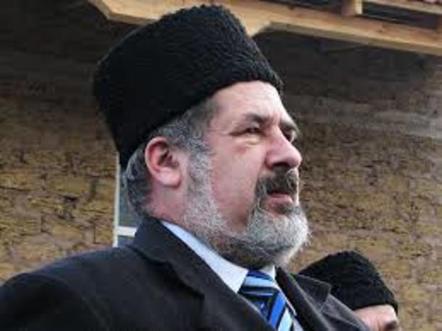 Russia has barred a leading member of Crimea's pro-Kiev Tatar community from entering his home region for five years after annexing the region from Ukraine in March.

Refat Chubarov, the chairman of the Tatar assembly, or Mejlis, told Agence France Presse on Sunday he had been blocked from crossing into the Black Sea peninsula and handed an official document banning him from Russian territory until 2019.

The decision to bar Chubarov follows an earlier ban to stop Ukrainian lawmaker Mustafa Dzhemilev, the respected head of the Tatar minority, from entering the region.

"It feels like an entire state has declared war on me," Chubarov told AFP, after being stopped from crossing the border on Saturday.

"This is a small piece of the huge injustice that is now taking place in Crimea."

Crimea's 300,000 Muslim Tatars, who make up around 12 percent of the peninsula's population, largely boycotted the vote and have faced increasing difficulties since the switch to Russian rule.

The U.N. says it has documented "serious problems" of harassment and intimidation facing the Tatar community in Crimea amid growing fears of religious persecution among practicing Muslims in Crimea.

More than 7,200 people from Crimea -- mostly Tatars -- have become internally displaced in Ukraine, the U.N. said in the May report.

The Tatar community has previously said it would push for greater autonomy, while the new Russian authorities have threatened to prosecute community leaders for "extremism."

The authorities banned a key event in May to commemorate 70 years since the Tatars were deported by Stalin, but some 20,000 people defied the edict to hold a peaceful rally.

Chubarov's deputy pledged that the Tatar assembly will carry on its work and said it would meet Monday to chose a new acting head.

"The Russian authorities are acting in such a way against the Crimean Tatars and their leaders that we have more and more work every day," deputy chairman Akhtem Chijgoz told AFP.

A Turkish-speaking Muslim group, the Tatars were accused of collaborating with Nazi Germany during World War II and deported to Central Asia under former dictator Joseph Stalin.

Nearly half of them died of starvation and disease.

They began returning to Crimea under the last Soviet leader, Mikhail Gorbachev, and became Ukrainian citizens after the country's independence in 1991.