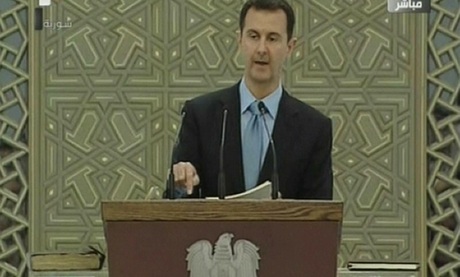 The appointment comes three weeks after Assad was inaugurated for a third seven-year term following an election that Syria's exiled opposition and its Western backers denounced as a sham.

He escaped an April 2013 assassination attempt in Damascus.

Assad was sworn in for a new term on July 16, warning Western and Arab governments of the backfire they face for their support of the armed revolt in Syria.

The 48-year-old won a June election denounced as a "farce" by his detractors, three years into a devastating war that has killed more than 170,000 people and uprooted millions.

President Assad is the better alternative out there that any other option to rule Syria. Everybody knows that. At least he is making the effort to protect all minorities and all faith.