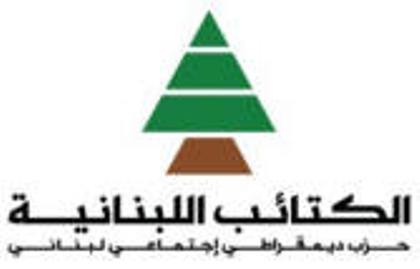 The Kataeb Party noted on Monday that the vacuum in the presidency has created a number of crises in Lebanon, such as the unrest in the northeastern town of Arsal and the ongoing deadlock over approving the new wage scale.

It said after its weekly politburo meeting: “The ongoing violation of constitutional rules is a dangerous development that will maintain the complete vacuum, which in turn eliminates the state.”

Furthermore, the vacuum is also threatening to extend the term of the parliament for a second time.

“A major error was committed when political powers allowed the term of former President Michel Suleiman to end without electing his successor,” it remarked.

The party noted that the vacuum means that parliament's role would be limited to electing a president and not legislating.

This has thwarted attempts to approve the new wage scale, which has consequently led to the crisis regarding the correction of official exams, it explained.

The failure to correct the exams prompted Education Minister Elias Bou Saab on Saturday to order that passing statements will be granted to students.

These statements will be used by students while applying to universities.

The Kataeb Party lamented such a development, putting in question the credibility of the statements and whether they are enough for students to enroll at colleges.

This will inevitably tarnish the reputation of Lebanon's education sector, it added.

What? which state are we talking about ?

chrisrushlau
come back to earth. you are living above the clouds
get real dude!!!