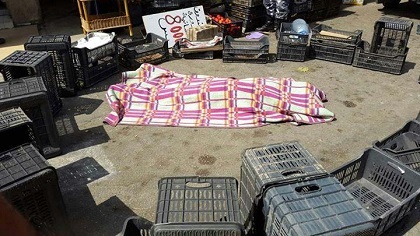 The Internal Security Forces on Tuesday arrested one of two individuals suspected of shooting dead a man during a failed shop robbery in the Jal el-Dib area.

“The Bourj al-Barajneh police department arrested at the Bourj Hospital a man called A. Sh., who is one of two men suspected of killing Elias Kfouri this morning,” the ISF said in a tweet.

It revealed that the detainee was already wanted over theft and drug crimes.

Earlier on Tuesday, state-run National News Agency said Kfouri was killed as two robbers sought to flee the scene of the crime.

It said the armed thieves were robbing a store near the Mar Taqla church in the area when they were detected by one of the locals.

Fearing being caught, the two robbers fled the store, while firing arbitrarily from their weapons.

One of the shots struck Kfouri and he soon died of his injury.

He is the owner of a nearby electronics shop, added NNA.

An investigation has been opened in the incident.

catch them and place them in a cage with jomaa

hahahah what a joke you are.

Lebanon is in desperate need for CCTV cameras all over the country.. RIP Elie Kfouri

why waste money on CCTV when all crime and assassinations lead to dahieh..

13 minutes ago ISF: One of two men suspected of killing Elias Kfoury this morning has been arrested at the Bourj Hospital and he is wanted over theft and drug offenses.