Karzai Packs up Even as Afghan Election Dispute Rumbles on 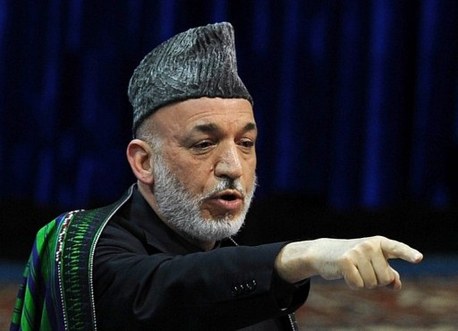 Outgoing Afghan President Hamid Karzai has packed up all his personal possessions and is ready to leave the palace, his spokesman said Thursday, even though the disputed election has failed to find his successor.

Karzai, who has lived in the former royal palace in central Kabul since 2002, has supervised the process of removing his precious library of books from shelves in his residence inside the heavily-fortified building.

He is due to move into another house in the city, though it is unclear how active he will be in politics after ruling Afghanistan for 13 turbulent years since the fall of the Taliban regime.

"A lot of the furniture is staying as it belongs to the palace, but his personal belongings, everything and especially his books, which are very dear to him, are packed.

"He has a good collection of books, all kind of new and very old historic books -- that is already put in cartons and they are all ready to leave the palace, but they haven't gone to the next place yet."

Ashraf Ghani and Abdullah Abdullah, the two candidates vying to succeed Karzai, are stuck in a prolonged stalemate over who won the June 14 election, which has been engulfed in allegation of massive fraud.

Karzai, 56, has lived in the vast palace complex behind multiple layers of rigorous security checks with his wife Zinat and their three children, the youngest of whom was born earlier this year.

Due to the threat of assassination, he has been unable to travel freely around the country and has instead hosted an almost constant series of meetings with Afghans ranging from feared warlords to ordinary villagers.

Under the constitution, he is banned from standing for a third term in office and he often said that he is looking forward to retirement and to becoming a "citizen of Afghanistan" who is ready to help his successor if asked.

Karzai, who has publicly stayed neutral during the election, has pushed for the inauguration to be held next Tuesday -- even though Ghani and Abdullah both still claim to have won.

Faizi said the inauguration would be a "domestic" event without foreign dignitaries due to uncertainty over the schedule.

"The preparations are underway and the list of invitees is already prepared and we have shared the list with the two candidates... if they want to add names," he said.