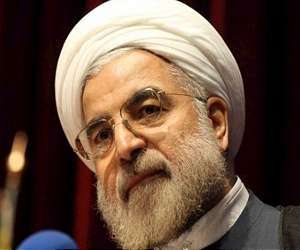 Iran's President Hassan Rouhani suffered a fresh political blow on Tuesday when it was announced that a conservative politician had reclaimed the top post on Tehran city council.

Mehdi Chamran ousted Ahmad Masjed Jamei, from the same camp as Rouhani, in an 18-13 vote. Masjed Jamei, a moderate, had won the council presidency on the back of Rouhani's election as president last summer.

With his victory Chamran returns to a position he held for eight years during the presidency of Rouhani's predecessor, Mahmoud Ahmadinejad (2005-2013).

The result means that both the capital's mayor and president are again conservatives. Although the council holds elections every four years, its top officials have to be re-elected annually.

Reza Faraji Dana, a reformer whose portfolio included universities, was dismissed by MPs despite Rouhani's support.

Reformers and moderates in Iran had tried to defend Faraji Dana's record, accusing ultra-conservatives of wanting to weaken the government, but they failed to stop his ouster.

Lawmakers say he nominated as senior department officials people who took part in the movement that challenged the re-election of Ahmadinejad in 2009, actions seen by Iranian authorities as a "plot".

Faraji Dana was also accused of allowing students to return to university despite them having been expelled "for moral and political reasons".

Casinos in Vegas are the land that time forgot!

Wonderful article! That is the type of information that are meant to be shared around the net.
Disgrace on Google for no longer positioning this publish higher!

Come on over and discuss with my website . Thanks =)