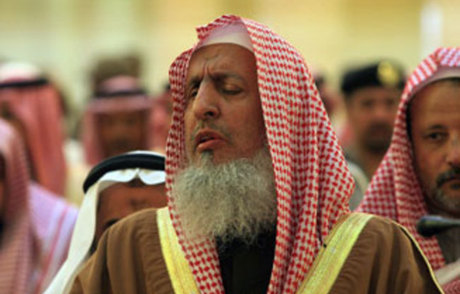 "If they fight Muslims, then Muslims must fight them to rid people and religion of their evil and harm," he said in a response to a request from an Iraqi for a fatwa or edict on fighting IS.

"They have been killing ever since they began their fight. Their killing is filled with mutilations and hideousness that distort (the image of) Muslims," Sheikh said.

His remarks come as the United States seeks to build a broad-based international coalition to fight the Islamic State, which has carved out a stronghold in large areas of Syria and Iraq.

The United States last month launched air strikes against the militant group in Iraq, in support of government forces and allied tribesmen, as well as Kurdish peshmerga fighters in the north.

IS jihadists, already well established in Syria, launched an offensive in Iraq on June 9 and rapidly seized control of vast swathes of Sunni territory there.

King Abdullah vowed on June 29: "We will not allow a handful of terrorists, using Islam for personal aims, to terrify Muslims or undermine our country and its inhabitants."

The ultra-conservative and largely Sunni monarchy of Saudi Arabia is the home of Islam's holiest places, Mecca and Medina.

"If they fight Muslims", in other words it is ok to kill infidels and non Muslims?

Ladies and gentlemen, I present to you the spiritual leader of the February 14 Saudi-Wahabi coalition.