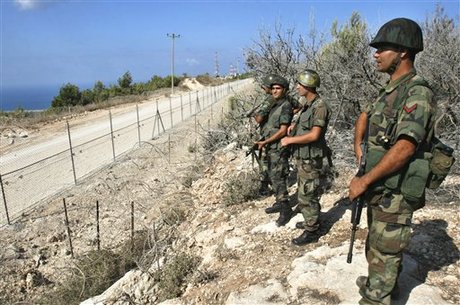 Israeli forces crossed on Tuesday the demarcation line at Lebanon's Ross Mountain at the northern edge of the occupied Shebaa farms, and combed the area, the state-run National News Agency reported.

At dawn, four Israeli soldiers crossed a distance of 30 meters into the liberated zone at the Ross mountain. They combed the area for half an hour and then retreated.

The Lebanese army said in a communique on Monday that an Israeli foot patrol crossed the demarcation line 30 meters into Lebanon, and then retreated 10 minutes later.

The Lebanese army deployed in the area took the necessary measures and are still following up on the issue with the UNIFIL forces.

Where is our resistance to resist Israeli aggression?