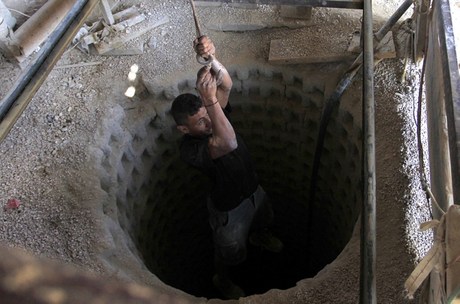 Two Egyptian army officers and a soldier were killed Saturday when a smuggling tunnel connecting Sinai and the Palestinian Gaza Strip collapsed as they were preparing to blow it up, officials said.

One army soldier was injured and another missing in the collapse, which happened as troops were planting explosives.

The army says it has destroyed more than 1,600 such tunnels -- most of them since the ouster of president Mohammed Morsi last year -- which the Palestinian Hamas militant group uses to smuggle in arms, food and money.

Cairo has poured troops into the Sinai peninsula to counter an insurgency since Morsi's overthrow that has killed scores of policemen and soldiers.

Israel went to war with Hamas this summer, in part with the objective of destroying such tunnels, including ones under the border with Israel.