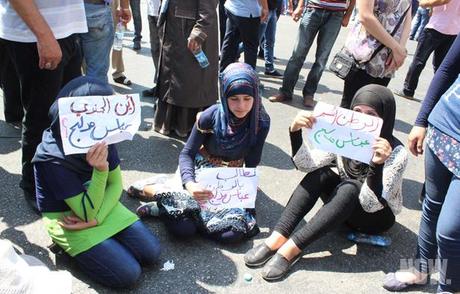 The families of the troops and policemen held hostage by extremist groups expressed optimism Thursday that negotiations were making major progress, revealing that the Qatari envoy will return to Beirut within 24 hours.

“This is the first time that we leave reassured from a meeting (with the government) and (General Security chief) Maj. Gen. Abbas Ibrahim has made certain steps which we cannot reveal,” a spokesman for the families said, after a meeting with Maj. Gen. Mohammed Kheir at the Grand Serail.

“According to what major generals Kheir and Ibrahim said, we can expect positive developments and journalists must help us by keeping the details under wraps,” the spokesman told reporters.

“We left the meeting very relieved and for the first time we are feeling some security, because we did not hear mere remarks but rather serious reassurances. We are hoping for a happy ending but we can't specify a certain date,” another relative of a hostage serviceman said.

He said there is a “positive step” that the families might do “for the sake of Maj. Gen. Kheir.”

“But we won't announce it now,” the man added, declining to confirm if the relatives intend to put an end to their sit-ins.

Later on Thursday, LBCI TV said the government received from the kidnappers a list containing "the names of 44 inmates at the Roumieh and al-Rihaniyeh prisons" whom they want released.

"Among the names received by the government are Naim Abbas, Omar al-Atrash, Joumana Hmeid, Omar Bakri, two inmates accused of involvement in the al-Tal and Behsas bombings, and the abductors of the Estonians," LBCI added.

More than 27 Lebanese soldiers and policemen are still in the custody of militants from al-Nusra Front and the Islamic State, following deadly battles with the Lebanese army in and around the northeastern border town of Arsal in early August.

The capture of the serviceman and the Lebanese authorities' failure to secure their release have sparked angry protests by their relatives across Lebanon.

They have recently moved their protest from Dahr al-Baidar to Beirut's Riad al-Solh Square, erecting three tents to pressure the state to exert more efforts to release their relatives from captivity.