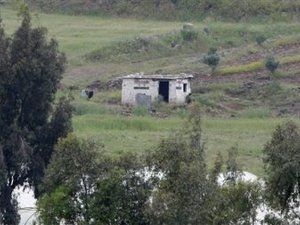 A security patrol came under fire in an area bordering Syria in the northern Akkar district, the state-run National News Agency reported Friday.

NNA said the vehicle was targeted by gunfire from Syria near the town of Qashlaq.

The attack caused material damage only, the agency added.

The vehicle was later retrieved.

Last week, shells fired from the Syrian side of the border targeted several towns in Hikr Janine and Qashlaq. The shelling forced a halt of traffic on the highway.

Earlier this month, a man was injured when several border towns in Akkar were attacked from Syrian territories.

Several border areas in the North have been frequently struck by cross-border fire and shelling.

But the security plan is being unfairly implemented!

I know one thing, when you're shot at from anywhere, most times it dictates that you return fire with a lot more intensity.

The forum is very quit, did they ban FT and his 100 fake accounts?