Hungary Intercepts Dutch Girl, 16, on Way to Join IS 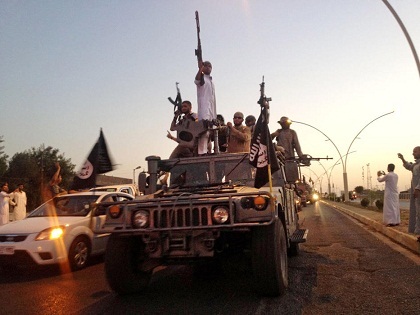 A 16-year-old Dutch girl allegedly on her way to Syria has been intercepted by Hungarian police, authorities said Wednesday, in the latest case of a European teenager trying to join jihadists.

The girl was on a train from the Hungarian capital Budapest to Belgrade in Serbia on October 29 when police stopped her because she had forged documents, Hungary's Counter-Terrorism Center (TEK) said.

"Our data showed that the Dutch citizen of Moroccan descent was in constant contact with social media sites run by Islamist extremists for propaganda and recruitment purposes," TEK said in a statement.

"She would have been prepared to engage in armed struggle and commit acts of terrorism," TEK said.

Dutch authorities had registered the 16-year-old as missing, and suspected she wanted to join the Islamic State group in Syria, according to TEK.

She was handed over to Dutch authorities on Tuesday.

Zsolt Bodnar, deputy director-general of TEK told local daily Magyar Nemzet in September that one of the transit routes jihadists from Western Europe use to reach Syria goes through EU member Hungary.