Several Hurt as Dispute Erupts into Gunfire in Haret al-Naameh 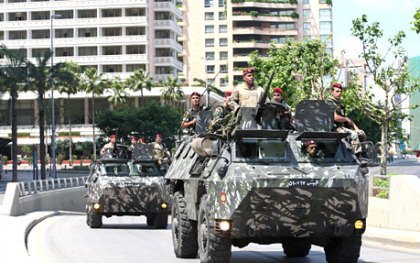 Several people were injured on Saturday as a personal dispute erupted into gunfire in the town of Haret al-Naameh, south of Beirut.

The clash between young men from the town also involved the use of sharp objects, state-run National News Agency reported.

The wounded were rushed to hospitals in the area, NNA said.

“The army and security forces arrived on the scene and worked on containing the incident, restoring calm in the area and pursuing the perpetrators,” the agency added.

Meanwhile, Voice of Lebanon radio (100.5) said Lebanese citizen Jiryes Matar was killed after being hit by a bus in the neighboring town of Naameh.

It was not immediately clear if his death was linked to the Haret al-Naameh clash.