Suspect Accused of Firing at Army Turns Himself in 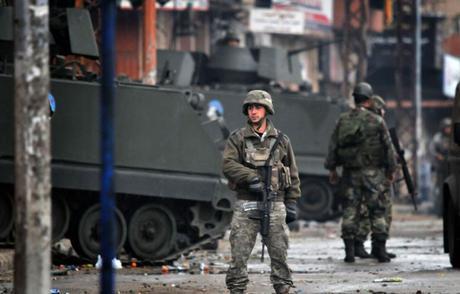 A suspect accused of opening fire at the army during raids in the northern Akkar town of Bhannine turned himself in on Thursday, reported the National News Agency.

It said that Ahmed H.S., from the Akkar town of al-Mhammara, turned himself in to the army intelligence in Akkar.

The army had carried out raids in Bhannine in search of suspects who had engaged it in clashes last month, arresting one suspect over the weekend.

It had detained several others over the past few weeks.

In October, the military was involved in fighting with supporters of Sheikh Khaled Hoblos in Bhannine.

No one who shoots at our army will get away with it, good thing this guy handed himself over, the army is no longer in the mood, it's frappez avant de parler from now on.