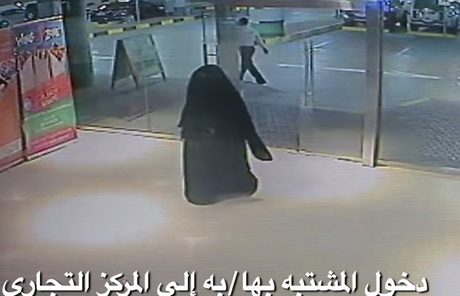 UAE authorities said Thursday they had arrested a woman for the "unprecedented" murder of an American teacher in a shopping center and a foiled plot to bomb a U.S. doctor's home.

Police said the suspect was a 38-year-old Emirati whom they have dubbed "The Reem Island Ghost" after the location of the mall where the attack by a suspect in a veil took place on Monday in the ladies toilets.

She is also accused of attempting to plant a makeshift bomb in front of the home of an American doctor, a Muslim of Egyptian origin, in Abu Dhabi.

Police said she had confessed to the crimes.

"The suspect targeted her victims based only on their nationalities and not over a personal dispute," said Interior Minister Sheikh Saif bin Zayed.

He described the attacks as "an attempt to create unrest, undermine security, and terrorize people in the UAE."

"We are witnessing an unprecedented, heinous crime in the UAE," he added.

The United Arab Emirates hosts millions of foreigners and has remained largely unscathed as unrest swept other Arab countries.

In CCTV footage released on Wednesday, the assailant is seen entering the shopping mall shortly after 1:00 pm and then rushing from the restroom about 90 minutes later, as shoppers scrambled in panic.

The footage was accompanied by pictures of a bloodied kitchen knife and trails of blood on the floor of the restroom.

New footage released on Thursday shows a fully covered woman entering a building in Abu Dhabi, pulling a wheeled luggage case, in which she was allegedly hiding a bomb.

The device was planted at the door of one of the apartments in the building.

Police said the resident of the apartment is a 46-year-old doctor and father of three, and that the bomb was discovered by one of his sons as he was "heading down to a mosque for prayer."

The doctor told police that the woman came a few days before the incident to his residence to confirm the family's presence and had quickly fled before they could identify her.

The footage also shows a raid on a house where the woman, dressed in pajamas, was with a man, whom the police handcuffed.

The ministry did not give details on the fate of the man or say if he had a role in the attacks.

It showed several knives and bomb-making materials, as well as traces of blood on the steering wheel of the suspect's car.

Police said Wednesday that the divorced American woman, who worked at an Abu Dhabi kindergarten, was stabbed by a person wearing a black robe, black gloves and a niqab -- a Muslim veil that conceals the face except for the eyes.

They initially said the woman was 37 years old but on Thursday said she was 47.

The victim's 11-year-old twins were taken into police care until their father arrived from abroad.

A recording was released this week attributed to Abu Mohammed al-Adnani, the spokesman of the extremist Islamic State group, that urged Muslims to attack Westerners by any means, even if only to "spit on their faces."

The attacks come little more than a month after U.S. embassies in the Gulf, including the UAE, called for vigilance when a post on a jihadist website encouraged attacks on American and other international schools there, specifically on teachers.

The UAE in September joined the U.S.-led coalition carrying out air strikes against IS in Iraq and Syria.

On Saturday it issued a list of 83 Islamist groups which it classified as "terrorist organizations."

Violent crime is relatively rare in the UAE although there have been attacks on foreigners elsewhere in the region.

In Saudi Arabia on Saturday, an assailant stabbed and wounded a Canadian while he shopped at a mall in Dhahran on the Gulf coast.

Last month, a Dane was shot and wounded in Riyadh -- an attack IS claimed Monday was carried out by its supporters.

ya that is her alright

How did this "Ghost" know that the american woman is in the bathroom...it appears she knew in advance that she will be there....something about the American woman not the "Ghost" is fishy...