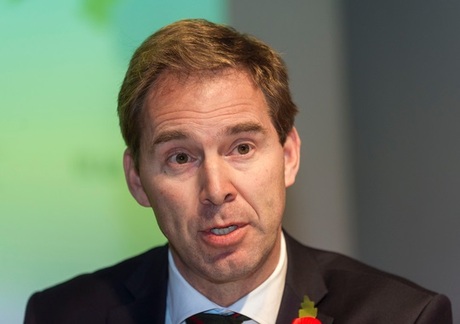 Britain on Wednesday stressed that the international community must not “underestimate the challenges facing Lebanon,” promising to maintain its support for the country.

“I confirmed the UK's long-standing support to Lebanon’s security, stability and prosperity,” British minister for the Middle East Tobias Ellwood said after talks with Prime Minister Tammam Salam at the Grand Serail.

“I also spoke of our appreciation for the Government and country’s response to the humanitarian situation,” Ellwood added, in reference to the Syrian refugees in the country.

The minister noted that British support for Lebanon “alone now totals $273 million,” adding that “this support is helping build the army’s capacity (and) assisting Lebanon in hosting over 1 million refugees from Syria through humanitarian and development activities.”

The UK is now the largest donor to the World Bank/Government of Lebanon Trust Fund, with a contribution of $30 million, according to Ellwood.

“We are backing Lebanese stability, not just in words, but also in deeds,” the British official underlined.

“We must not underestimate the challenges facing Lebanon. We will continue to stand beside the Lebanese state to combat terrorism,” he pledged.

Turning to the issue of the presidential vacuum, Ellwood urged Lebanese leaders to engage in dialogue to elect “a new president who can lead Lebanon in facing today’s many challenges.”

“A British company, Spectrum, is helping with the surveying as we speak,” he added.

Support the Army and ISF of Lebanon solely, it's that simple.

I confirmed the UK's long-standing support to Lebanon’s security? really? since when?

Good, now let's get it over, with the deeds, 24 hours have passed, mjact actions with words if you please.

Send your army against Hezbollah and crush them, this will be the strongest and better deed for Lebanon.