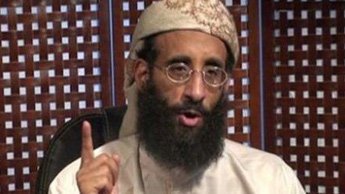 A senior U.S. official confirmed Friday that U.S.-born al-Qaida cleric Anwar al-Awlaqi was dead, after the Yemeni defense ministry said he had been killed with several other suspected militants.

"I can confirm... he's dead," the senior administration official said when asked about the incident, without providing further details.

Awlaqi, a U.S.-Yemeni citizen who had eluded capture for years, was believed to be a key leader of al-Qaida in the Arabian Peninsula (AQAP) and had been linked to a number of terror plots against the United States.

Republican Representative Peter King, chairman of the House Committee on Homeland Security, called Awlaqi's killing "a great success in our fight against al-Qaida and its affiliates."

"For the past several years, al-Awlaqi has been more dangerous even than Osama bin Laden had been. The killing of al-Awlaqi is a tremendous tribute to President Obama and the men and women of our intelligence community," he said.

In April 2010, a U.S. official said President Barack Obama's administration had taken the rare step of authorizing the targeted killing of Awlaqi, after U.S. intelligence agencies linked him to attacks.

U.S. intelligence officials believe Awlaqi was linked to a U.S. army major who allegedly shot dead 13 people in Fort Hood, Texas, and to a Nigerian student accused of trying to blow up a U.S. airliner on December 25, 2009.

Ben Venzke, who monitors militant groups at the U.S.-based IntelCenter, said the death of Awlaqi would deal a "significant blow" to al-Qaida's Arabian Peninsula franchise.

"It will especially impact the group's ability to recruit, inspire and raise funds as Awlaqi's influence and ability to connect to a broad demographic of potential supporters was unprecedented," he wrote.

Awlaqi, a charismatic preacher who spoke fluent English, was seen as having the unique ability to recruit al-Qaida operatives in the West.

3a2bel his bosses who fund him and people like him

It is important to reform the teachings and the false pretenses that create these monsters. This is work to be done by good muslims who will stop those who teach hatred and intolerance in the name of God from spreading their venoms.

All Sunni crazies must be pursued and terminated, not only in Syria but all the way to Saudi Arabia, Pakistan and beyond. Did I mention Hariri's Al Qaeda - Akkar and Tripoli Brigades? These Sunni crazies, too, must be terminated now.

3a2bel el Zawahiri.... Mabrook for the free world, another terrorist rat down !!!!

Hey, this guy was in the flick "The Jewel of the Nile" and he looks like our Shiite bro Le Phenicien on a good day!

Dammit another anti zionist killed, jabalamel must be devastated.

let us see: how many sunnis are armed and with what? compare that to the chiites aremed and with what!
you do the math and decide who is more dangerous.
further, if things will continue like that, we have no other alternative but to get armed to kick the iranians out :)

by the way good ridance for the above stupid guy :)

you guys in al fanar having fun?

referenced, you are right he does look like fellow shiite bro finicien but finicien still has that nice dahieh smell, in fact i saw him at the husseiniya earlier today he had this exact uniform but he left to the back with the imam

God bless him , another saint is born !

well it stirred you the fact we want to get weapons :)
this will be the result of you not dropping down your weapons and all your illicit activities.
on May 7 your baltajiehs caught some security guards weapons, this time round it is going to be much more different, just wait and see.

Just as a reminder: the real resistance started from Beirut against the israeli invasion, while you guys were enjoying being left alone with your weapons in dahieh by the same israelis :)

Another radical Islamist bites the dust!!!